‘I give and bequeath all my real Estate unto my Sister Grisell Stephens for and during the Term of her natural Life and no longer, and from and after her Decease I give and bequeath the same to… provide one proper Place or Building within the City of Dublin for an Hospitall for maintaining and curing from time to time such sick and wounded persons whose Distempers and Wounds are curable…’

Extract from the Will of Richard Steevens. 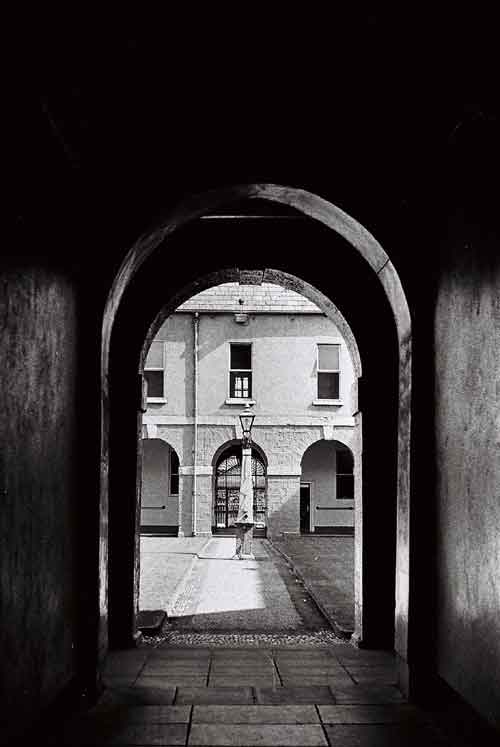 Richard Steevens (1653-1710), after whom Dr Steevens’ Hospital is named, is a shadowy figure. In some ways his career path mirrored that of Dr Edward Worth (1676-1733), a friend of the Steevens family whose library would later be bequeathed to Dr Steevens’ Hospital. Both were sons of Church of Ireland clergymen who had hoped that they might follow in their father’s clerical footsteps. Both decided to ignore their father’s wishes and instead travelled to the University of Leiden to study medicine: Steevens matriculated there in 1685 and graduated MD in 1687 from TCD; Worth matriculated fourteen years later and graduated MD from Utrecht. Following their educational sojourn at Leiden both men returned home to Dublin, set up medical practices, and were elected to various positions in the Royal College of Physicians. Of the two, however, Steevens was more actively engaged with the College of Physicians: he was a founding fellow of the King and Queen’s College of Physicians of Ireland (1692) and would later serve as Censor on seven occasions, as well as  registrar in 1700 and as president in 1703 and the year of his death, 1710.
Steevens’ untimely death on 15 December 1710 provided both the Royal College of Physicians and Trinity College Dublin with a problem for he had been appointed as President of the former on 21 October 1710 and as Professor of Physic in the latter on 19 September in succession to Ralph Howard (1638–1710). His appointment to such prestigious posts indicates his high standing among the medical élite of early eighteenth-century Dublin. Equally, the five named Trustees of his will, clearly family friends, demonstrate the wide-ranging extent of his friendship network: Robert Rochfort (1651/2–1727), Lord Chief Baron of the Exchequer; Doctor John Stearne (1660–1745), Dean of St Patrick’s Cathedral, Dublin; Dr Robert Griffith (who had been President of the RCPI in 1705 and would later be again in 1711); Dr Thomas Proby (Surgeon General since 1699) and Henry Aston (d. 1713). Though the Steevens’ family had been relatively poor following their flight from England after 1654, it is clear that Richard’s medical practice in Dublin had been a lucrative one for in the period 1709-1710 he bought not one but two estates: an estate of 2,237 acres in King’s County (Offaly) in June 1709 and, slightly over a year later, an estate of 666 acres in Co. Westmeath. These he left, with the majority of a sum of £1,700, to his twin sister Grizelda, for her lifetime. The proceeds were subsequently to be used to set up a hospital dedicated to the curable poor of Dublin.
Sources