‘When we recollect that, for three centuries and upwards, medical men throughout all Europe have been employed, most extensively and uninterruptedly in the treatment of this disease; that during almost the entire of that period a remedy has been known which possessed the power of curing this disease; that this remedy, since its first discovery, has undergone a variety of modifications and combinations supposed to render it more suited to particular states or forms of the disease; that, in addition to this, some other remedies, and other plans of treatment, have been found to effect its cure: when, I say, we take all these plans into account, surely it might be reasonably expected that, with all these advantages, we should by this time have arrived at a knowledge of fixed rules for its treatment, and have acquired such a command over it, as to be able to say that we can control its course and check its ravages.’

Abraham Colles’ preface to his Practical observations on venereal disease and
on the use of mercury (1837). 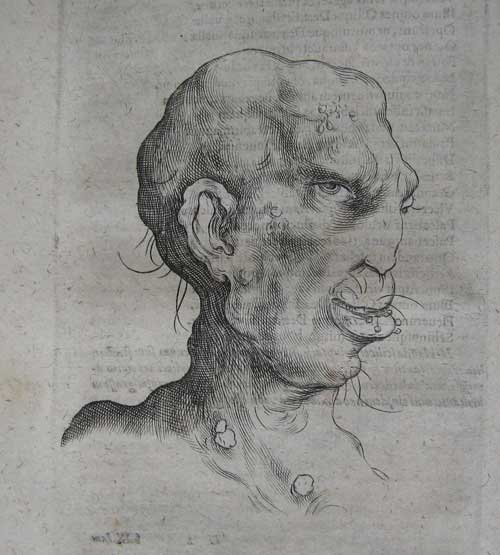 Abraham Colles’ defence of the treatment of syphilis by use of mercury is well known. Though today syphilis is treated by antibiotics, in the nineteenth century a debate raged over the dosage and appropriate use of mercury as a treatment for syphilis. The use of mercury had first been espoused by the sixteenth-century radical physician Paracelsus, and, as Colles’ text demonstrates, it continued to be the most frequent treatment for the disease well into the nineteenth century. Though patients with syphilis were deemed ‘incurable’ and therefore outside the remit of Dr Steevens’ Hospital when it opened in 1733 to serve the ‘curable poor’, it is clear that doctors at the hospital were interested in the treatment of the disease. This is readily apparent in the library of Edward Worth which contains a number of books on the subject. Colles’ Practical observations indicates that by the nineteenth century the original official sanction on admitting patients with syphilis and other venereal diseases had been set aside. As Kirkpatrick (1924) notes, this change had come in 1757 when the Governors ‘ordered that proper apartments be fitted up in the Hospital for persons who may want to be put under Mercurial courses, and a Nurse provided to attend  them.’ These salivation or ‘fluxing wards’ were the first of their kind at the hospital.

In the early twentieth century the Governors of the hospital decided to go one step further and set up a venereal disease treatment centre. This was, as Evans (1992) and McCormick (2010), note, part of official policy across the British Isles and Ireland following the 1916 Report of the Royal Commission on Venereal Disease (which had been set up in 1913). In the case of the centre at Dr Steevens’ Hospital, which opened in January 1919, it was a joint initiative with Dublin Corporation and the Irish Local Government Board and though the centre was initially designed to cater for the city of Dublin alone, it was soon admitting patients from the counties of Kildare and Wicklow. Kirkpatrick, who was the guiding force in this development, gives us the following account of its foundation:

The Centre as put in the charge of my colleague, Mr Arthur Chance, and of myself, and each of us had had two morning sessions of two hours each week and one joint session of two hours. Soon, however, it was found that this time was quite insufficient to deal with the number of patients who attended, and two evening sessions and four morning sessions were started. The two evening sessions and two of the morning sessions were for men, and the remaining two morning sessions were women and children. The expenses of the Centre were borne entirely by the Corporation and the Government. A separate apartment in the dispensary of the hospital was fitted up for the accommodation of the Centre, and two wards, containing fifteen beds for men and ten beds for women, were set apart for the patients of the clinic. Two trained orderlies were put in charge of the men’s ward, and a trained nurse in charge of the women’s ward.*

Different colour charts were used to indicate different diseases (blue for men and pink for women with gonorrhea; buff for both sexes with syphilis), though as Kirkpatrick noted, many patients were afflicted with a combination of syphilis and gonorrhea. Kirkpatrick and his fellow doctors were aware that, as he put it, venereal disease was ‘a matter of some social consequence’. With this in mind it was considered important to refer to cases by number, rather than name (a departure from Colles’ time). Equally, no patient, whether they had or did not have syphilis, was turned away – in an attempt to make sure that the real sufferers were not stigmatised. 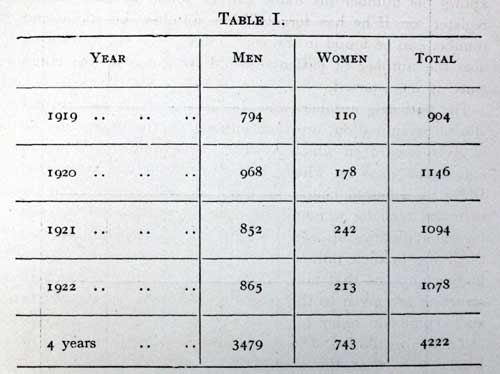 Table I from Kirkpatrick’s article ‘The Work of a Venereal Disease Treatment Centre’, reprinted
from the ‘Irish Journal of Medical Science’, June, 1923.

Table 1 demonstrates the numbers of men and women who, over a four year period, received treatment at this clinic. Aided by the discovery in 1906 of the Wassermann test for syphilis, the doctors of Dr Steevens’ Hospital used this as a check on whether progress was being made in their treatment of the disease. Kirkpatrick’s outline of the usual treatment procedure of syphilitic patient points to another major change from Colles’ time: now the use of mercury had been superseded by novarsenobillon:

If the patient gives a history pointing to syphilis, or presents obvious clinical symptoms of the disease, a specimen of her blood is taken for Wassermann examination; at the same sitting she is given an intravenous injection of 0.3grms of novarsenobillon, and she is directed to return to the clinic in a week. By that time the report on her blood has been received and recorded; if the Wassermann reaction is positive, treatment is continued; if negative, a further specimen of blood is taken for examination. If this second examination of her blood gives a negative Wassermann reaction, unless the history points to a recent infection, or the clinical signs of syphilis are definite, the patient is considered not to be suffering from syphilis, and she receives treatment suited to her condition. In cases where there is any doubt further examinations of her blood are made. When the diagnosis of syphilis has been established, either on clinical or serological evidence, treatment with novarsenobillon is started at once. Direct examination of the spirochaeta pallida is not usually done in the case of women….*

Though clearly less difficult than the earlier ‘mercurial cure’, novarsenobillion could present difficulties for some patients: some might start vomiting after the injection; others might develop jaundice or dermatisis. For those unable to take novarsenobillon, mercury was the fall back treatment position and was used in conjunction with novarsenobillon by doctors elsewhere.

Table II from Kirkpatrick’s article ‘The Work of a Venereal Disease Treatment Centre’, reprinted from
the ‘Irish Journal of Medical Science’, June, 1923.

Table II gives an indication of the different types of venereal disease, and different stages of syphilis. Gonorrhea, a venereal disease which had previously often been confused with syphilis, was isolated as a separate disease in 1879 when Neisser discovered the gonococcus or Neisseria gonorrhoeae. Syphilis presented in three stages: during the initial stages the patient might have only one sore (called a chancre), but was highly infectious. It was, however, in the third stage that the brain and central nervous system were affected. What is striking about Kirkpatrick’s figures are the high numbers of tertiary stage syphilis patients. Clearly this was due to a number of factors: patients deciding that their initial symptoms did not warrant investigation and therefore leaving it too late; patients wary of the perceived social stigma of attending a treatment centre (a factor in early twentieth-century Dublin); and, finally patients not continuing their treatment at the centre. The latter was a problem noted by Kirkpatrick who was keen to do all in his power to ensure that once patients had made the brave decision to seek treatment that they continued on with their course until they were cured (if they could be cured). As he said himself, ‘The chief difficulty in all such clinics as ours, is to get the patients to attend regularly till they have had sufficient treatment to make their cure probable.’

*All quotations from Kirkpatrick in this webpage are from his article about setting up the Venereal Disease Treatment Centre at Dr Steevens’ Hospital.